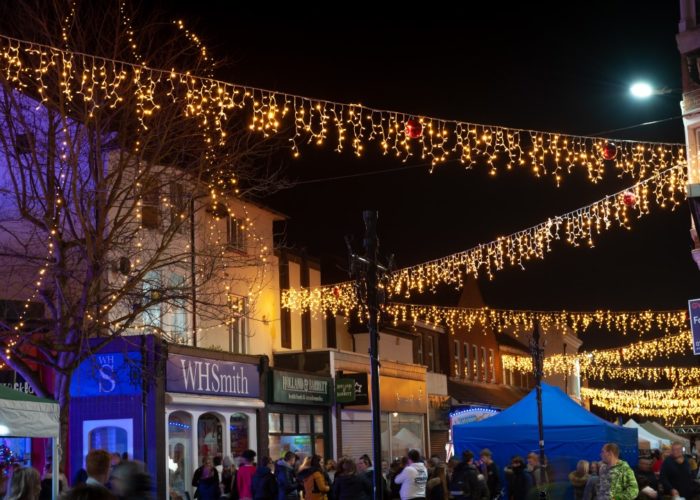 The Littlehampton Town Council and Traders Partnership brings you the Littlehampton Christmas Lights Switch On & Late-Night Shopping! On Friday 22nd November Littlehampton will be given some Christmas spirit! From 5pm-8pm join us in Littlehampton High Street for a magical night with Christmas themed activities and fun for everyone! The Official Switch on by Town Mayor, Cllr Tracey Baker, the winner of the name the elf competition and a very special guest!

Transforming the Town into a winter wonderland, our VIP will be none other than Father Christmas himself, who will of course be accompanied by his trusty reindeer. Meeting children in his grotto at Café 72, Father Christmas is very pleased to join forces with the Lions Club, while, always happy to be admired, the sleigh-pullers will be in Clifton Road. In the build-up to the 7pm countdown entertainment will include a live performance from acoustic singer Luch Stefano, with Harry and the Hounds taking over at the mic from 5pm onwards.

Stalls selling a range of delicious treats and eats, and gifts will be on offer, hand-picked by LOCA and Crafters Corner, as well as rides and inflatables from Nic and Bens entertainment, Coles, storytelling and Christmas card making in Crafters Corner studio. At 7pm the night sky will be lit up as the lights are switched on by Town Mayor Councillor Tracey Baker – and also a top-secret special guest!

There will be delicious food to eat from The French Revolution Crepes and Gallettes (gluten free options), Hey Amigos burritos, Traybakes from Ridiculously Rich by Alana, Cafe 72 with their BBQ and Mobile Entertainment are bringing a German Sausage Stall, along with many other high street restaurants and cafes staying open late.

The switch-on event will also mark the launch of a competition for children. Running until 18 December, youngsters are invited to find all of Santa’s reindeer hidden in Town Centre shop windows. Those who correctly complete their entry form (printed in this year ‘What’s On’ Guide for Christmas) and return it to Bah Humbug Sweets in Anchor Springs will be entered into the draw to win a prize.

Don’t forget you can enjoy free parking for 2 hours, simply pick up a disc from participating outlets. The Christmas What’s On Guide can be downloaded here. There are also copies available in High Street stores and at the Manor House, Church Street, BN17 5EW.

This event is supported by- Windmill Cinema 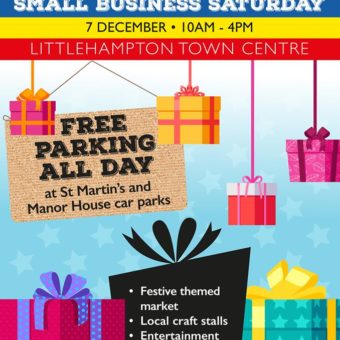 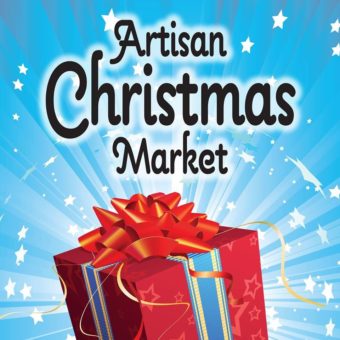